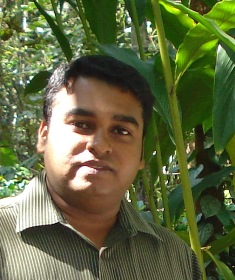 In the mid-2000s, in southwestern India, the Fair Trade Alliance Kerala (FTAK) was formed to address the devastating impact that fluctuating market prices has had on the ability of small-scale producers to earn a stable and dignified livelihood.

Because the prices on the global market for these crops can fluctuate dramatically, the farmers have had no ability to withstand these cycles, plan for their futures, or make investments in their farms. For example, when the price of coffee dropped to 42 cents/pound in the late 1990s, farmers cut down their trees and planted spices, only to have the same phenomenon occur when the global price of pepper crashed. The farmers grew increasingly more impoverished and acquired steadily mounting debts. In despair, some took their own lives.

Tomy Mathew, General Manager of FTAK was determined to change this situation and founded FTAK so that the farmers could access Fair Trade markets, diversify their crops, and improve their own food security needs. They received their Fair Trade certification in 2006. Today, the 4,500 members of FTAK produce a variety of crops for export, local sales, and personal consumption, such as coffee (robusta), cashews, ginger, pepper, coconuts and rice.

I come from a family of farmers. We are, in fact, described as the farming community of Kerala. Farmers, not just today but even three decades back found it difficult to make ends meet and my parents found the allure of government jobs too hard to resist and moved to the town. We retained our ancestral land and continued to tend to it at every opportunity, with help from my uncles. So when after my studies I joined ‘elements’, the marketing arm of ‘Fair Trade Alliance Kerala’, back in 2007, I was in a way entering familiar territory. From the beginning, I got the opportunity to work closely with the farmers of the cooperative. When I joined, the cooperative was 3 years old and had already made a mark in the fair trade world.

I do not deny that my initial approach to work was professional – clinical. But my work often took me to the villages, and my perspective began to change. Originally my positive perceptions of fair trade were centred on issues like better prices and the benefits of the social premium – a bit like charity trade. But gradually the value of what originally seemed intangibles began to seep in – the sense of community that strongly pervaded the FTAK ambience – the efforts at collective problem solving – our farmers capacity to assume leadership and share responsibilities. I soon realised that these seeming intangibles were even more valuable than the extra monetary benefits that fair trade offered the farmers.

In 2006 FTAK began with a membership of 2500 farmers who looked upon the organisation as a vehicle to drive themselves out of their indebtedness and impoverishment. Today we have 4500 members. If not the lure of higher prices, what is it that brings these farmers to the organisation? They are a collective; a cooperative. They have given themselves a mandate to realise by 2017: We will steward thirty thousand acres of homestead farms to conditions that are near akin to a tropical rainforest. The ten thousand farming families that will rally around in this effort will be net food suppliers. Women will assert their due role and space both in the management of the homestead farming economy and in the governance of Fair Trade Alliance Kerala.