SOPACDI is located in Kivu, DRC, an area that has been wracked by ethnic and gender-based violence that has destroyed the local economy and all but virtually extinguished the coffee sector. Coffee used to play an important role in the economy, however, years of warring factions and low prices gave the farmers little hope. 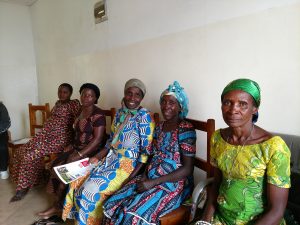 Economic collapse has forced many Congolese to smuggle coffee into Rwanda by travelling across Lake Kivu and to engage in ‘Troc’, a bartering system used to get animals, other food products and supplies. This was one of the only ways to get anything for coffee due to the low prices offered in the DRC.

Smuggling the coffee is a very dangerous activity and, as a result, many people have lost their lives trying to get a better price and access to any market they can. The lack of businesses and income generating activity has pushed the DRC into deeper turmoil and this has had violent repercussions. Decades of insecurity, fallout from the Rwandan genocide and the Congo civil war has left the coffee sector neglected or abandoned.

Coffee is the answer

In 2002, Joachim Munganga founded SOPACDI as a means to bridge ethnic strife and to tap into the international speciality coffee market. He wanted to focus on connecting people and creating incomes through coffee. He started with his own farm and with his uncle, Albert Ngaboyeka, worked to rehabilitate an old, run down estate with a central washing station for the co-op to process coffee. When SOPACDI connected with Twin Trading in 2008, they began to access the international coffee market. Twin designed and obtained funding for a program to assist them with business skills and to begin rehabilitating the farms and improving the infrastructure, including building the first new central coffee washing station in the country in over forty years.

From inception, SOPACDI’s aim has been to bridge ethnic groups and to produce the highest quality coffee possible. Each year the membership of SOPACDI grows and today, SOPACDI has more than 5,200 farmers in the co-op, speaking a variety of languages, including Kirundi, Kihavu, Kinyarwanda, Swahili and French. Over 20% of the members are women, many of these women are widows, some who lost their husbands as they tried to smuggle and barter coffee across the lake to Rwanda. However, the women are working to find their voices in the co-operative; many participate in co-operative meetings and have been very vocal about their situations as mothers, widows and farmers.